Two papers published by two different teams in Nature this past July showed that personalized vaccines were able to get rid of tumors in most patients who were tested. The content of each vaccine was tailored by the mutation characteristics of that patient’s own tumor.

These vaccines are a form of immunotherapy, which work by stimulating the immune system to attack cancer. The researchers chose to study melanoma, the most serious kind of skin cancer, because it has one of the highest mutation rates of cancers. While research in immunotherapy has shown promising results, doctors have found it can also pose serious risks to healthy organs.

The vaccine developed by one of the teams aimed to expand the number of T-cells targeting the cancer, personalizing it so that the T-cells target the specific makeup of the patients’ tumors. T-cells are a type of white blood cell that play an important part in our immune systems. This vaccine helped keep the cancer in check.

The team tested the vaccine on six patients whose tumors had been removed surgically, but were at risk of them growing back. Four of the six vaccinated patients had no cancer recurrence more than two years after the vaccination. The results showed that these vaccines are effective both by themselves and when combined with other types of immunotherapy.

In the other study, the team created a personalized vaccine based on RNA (nucleic acid), which converts the information stored in DNA to proteins.

Eight patients were tumor-free more than a year after treatment. Five other patients’ tumors had already spread by the time they received the vaccine. One patient became tumor-free after receiving a PD-1 inhibitor, and two patients’ tumors shrank, although the tumors resurged in one of them.

One challenge is cost, currently an estimated $50,000 to $100,000. Automation and digital solutions could rapidly make the price more affordable as standard treatment. And, although the teams took about three months to produce these vaccines, it has been predicted the process can be shortened to an acceptable six weeks. 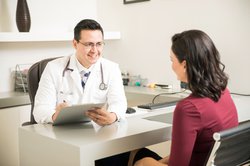 Some Babies Are Born with Acne