According to a new meta-analysis, men who use phosphodiesterase type 5 (PDE5) inhibitors, commercially branded as Viagra, Cialis and Levitra, have a slightly increased risk of developing melanoma and basal cell carcinoma.

These oral PDE5 inhibitors, such as sildenafil (Viagra) and tadalafil (Cialis), have proved to be safe, effective treatments for erectile dysfunction (ED) disorders and have fostered further research into the underlying mechanisms of such drugs. Side effects are typically headache, flushing and lightheadedness due to low blood pressure.

Researchers at Indiana University investigated the possible association between use of PDE5 inhibitors and the risk for development of skin cancers in data pooled from three cohort studies and two case-control studies involving a total of nearly 1 million participants.

The higher melanoma risk was significant in the studies done in Europe, but not in those from the United States, and it was evident only in cohort studies.

Meanwhile, in the Journal of the American Academy of Dermatology, published online this July, it was reported that there was no association between PDE5 inhibitor dose and the risk for development of melanoma.

It’s important to know that association does not necessarily equal causation. Just because two things are seen more often in the same group of people does not mean that one causes the other. Dermatologists will still screen for melanoma risk, but they do not need to add the use of Viagra and similar drugs to the specific list of screening criteria. 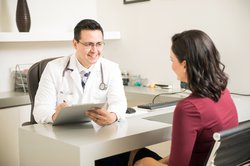